Foreign Trade Zones have designated property that is treated, in essence, like it’s outside the U.S. When a product leaves the zone, that’s when it faces import taxes. To qualify, a city must be within 60 miles or a 90-minute drive from a U.S. Customs and Border Protection port of entry.

Foreign and domestic merchandise may be moved into zones for operations, not otherwise prohibited by law, including storage, exhibition, assembly, manufacturing, and processing. All zone activity is subject to public interest review. Foreign-trade zone sites are subject to the laws and regulations of the United States as well as those of the states and communities in which they are located.

Under zone procedures, the usual formal CBP entry procedures and payments of duties are not required on the foreign merchandise unless and until it enters CBP territory for domestic consumption, at which point the importer generally has the choice of paying duties at the rate of either the original foreign materials or the finished product. Domestic goods moved into the zone for export may be considered exported upon admission to the zone for purposes of excise tax rebates and drawback.

Qualified public or private corporations that may operate the facilities themselves or contract for the operation sponsors foreign-trade zones. The operations are conducted on a public utility basis, with published rates. A typical general-purpose zone provides leasable storage/distribution space to users in general warehouse-type buildings with access to various modes of transportation. Many zone projects include an industrial park site with lots on which zone users can construct their own facilities.

Subzones are normally private plant sites authorized by the Board and sponsored by a grantee for operations that usually cannot be accommodated within an existing general-purpose zone.

CBP duty and federal excise tax, if applicable, are paid when the merchandise is transferred from the zone for consumption.

While in the zone, merchandise is not subject to U.S. duty or excise tax. Certain tangible personal property is generally exempt from state and local ad valorem taxes.

Goods may be exported from the zone free of duty and excise tax.

Merchandise may remain in a zone indefinitely, whether or not subject to duty.

The rate of duty and tax on the merchandise admitted to a zone may change as a result of operations conducted within the zone. Therefore, the zone user who plans to enter the merchandise for consumption to CBP territory may normally elect to pay either the duty rate applicable on the foreign material placed in the zone or the duty rate applicable on the finished article transferred from the zone whichever is to his advantage.

An In Depth View of Foreign Trade Zones 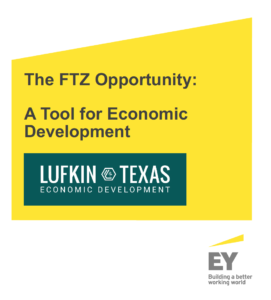